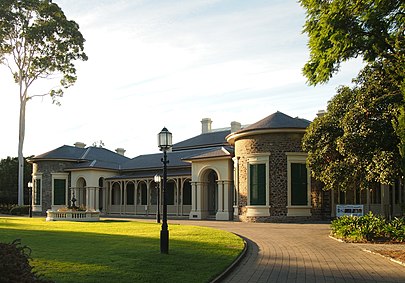 
Ayers House has been an iconic site of Adelaide heritage, open to the entire public, for almost half a century.

In September 2021, it was evicted from the premises.

The Ayers House Museum was one of the finest 19th-century house museums in Australia, staffed largely by volunteers and operating for almost 50 years without any government funding. It was a unique historical environment, much loved by international tourists and local children alike. Many thousands of people have donated their time and thousands of historical objects to create a place like no other.

The government wants to replace the museum with government offices and extended private catering facilities.

To do this public access will be curtailed and the work done by the National Trust and thousands of volunteers, donors, and staff will be lost.

It plans to convert the State Heritage interior to accommodate offices and other administrative and social functions.

Ayers House must be preserved intact as a key symbol of our commitment to heritage in this State.

We are calling for Ayers House to be restored as a public cultural and historic site, open to all.